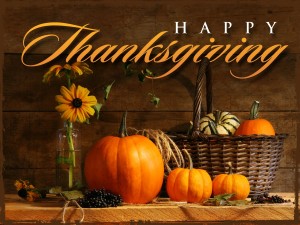 Better English on Sixth will be celebrating Thanksgiving with a potluck and games after a short class session this coming Monday night. We hope to see you there!

Thanksgiving is a public holiday celebrated on the fourth Thursday in November in the United States. It originated as a harvest festival. Thanksgiving has been celebrated nationally since 1789, after a proclamation by George Washington. It has been celebrated as a government holiday every year since 1863, when, during the American Civil War, President Abraham Lincoln proclaimed a national day of “Thanksgiving and Praise to our beneficent Father who dwelleth in the Heavens,” to be celebrated on the last Thursday in November.  Together with Christmas and the New Year, Thanksgiving is a part of the broader holiday season. 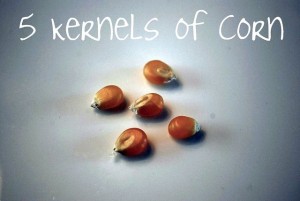 During their first winter in America, the Pilgrims faced a season of horrible famine.

Food was so scarce that most days the Pilgrims only had a daily ration of 5 kernels of corn apiece.

How did they survive this hardship?

By giving in to bitterness and despair?

The Pilgrims chose to trust God – regardless of their circumstances.

They chose to thank Him for provision, no matter the size.

Those 5 kernels of corn were a blessing.